A theatre for Mallorca

A theatre for Mallorca 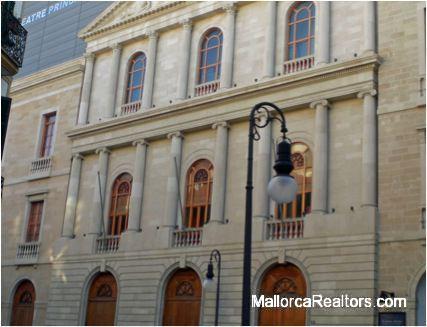 10th of December 2012. The Teatro Principal in Palma de Mallorca is one of the most important cultural spots within the Majorcan capital city. Its large offer of theater and musical performances and its constant activity since its reopening back in 2007, have turned the theater in a essential asset in the Majorcan cultural life.

The theatre is a historical building that has survived fires, government changes and the always instable Spanish history since its inauguration in 1667. The current place has nothing to do with the “Casa de las Comedias” inaugurated more than three centuries ago, but its innovation and spirit remain untouched. During the next year, it is expected to be sold out in almost every single show: Spanish traditional zarzuelas as Doña Francisquita, operas as Aida or Turandot or concerts played by the Orquesta Sinfonica de Baleares “Ciudad de Palma”.

The representations in the Teatro Principal have always had a warm welcome either by the locals as by the foreign population in Majorca. One of the main objectives for next year is to become closer to the tourists so they can get involved in the cultural life of the capital. The beautiful coastline or the nice beaches are not the only reason to purchase a luxury home in Mallorca: its vibrant cultural offer is another important excuse to fall in love with the island.